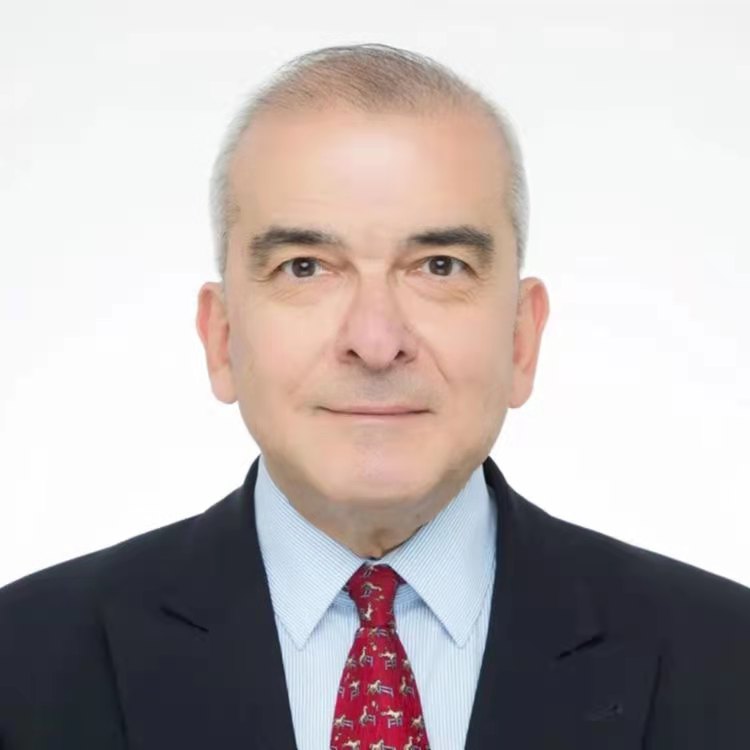 Abstract: In research and development as well as in industry the innovation cycles are getting shorter and shorter. Digitalization is accelerating this trend and changing our daily life. It also promotes the development of new products, new manufacturing methods and new business models.
Digitalization delivers also huge volume of data. Data is the source for powerful artificial intelligence AI. Utilizing artificial intelligence machines and processes will become intelligent. The entire efficiency and transparency in industry will increase. Digitalization and big data will enable academicians and industry to become more innovative and to create new ideas for machines and manufacturing.

The speaker will explain the development of technology in the history and the state of the art of current machines and manufacturing methods.
Based on his long international experience in industry and in academy, the speaker will present his ideas for future machine concepts and for manufacturing systems. He will also compare the technological power of western countries and China's. He will present his proposals how China and Germany could cooperate in future successfully.

A vision for a future manufacturing system which is intelligent, resilient and reconfigurable will conclude the speech.

In 2019, he was invited to join the celebrations for 70th Anniversary of Republic of China incl. Parade at Tian’anmen Square. In 2018, he got Friendship Award of Chinese Government received from Mr. Liu He – Vice Prime Minister China. In 2017, he received “Golden Pin” of VDI (German Engineers' Association) for 40 years membership. In 2014, he received Friendship Award of Liaoning Province of China (Highest Award of the province for a foreigner). In 2012, he got Rose Prize of the City of Shenyang/China. In 2008, he got Award of the City of Dalian/China.

From 2017 to 2019, he was elected as Chairman of Corporate Members Advisory Group CMAG within CIRP – International Academy for Production Engineering. Since 1977 till now, he is the member of VDI - German Engineers ’Association. From 2011 to 2020, Prof. Ganiyusufoglu was the Consultant to Chairman of Shenyang Machine Tool Group Co., Ltd (Resident in Shenyang).

Since 2021, he takes up the position of the Industrial Development Consultant of Qingdao International Academician Park (QIAP), which build an eco-system that not only delivers full service and support for those academicians and enterprises with unique and innovative ideas, inventions from the research work over production, marketing till commercialization and business success, also produce a huge potential for synergies by the divers disciplines in the Park and offer Big Data for future Artificial Intelligence developments.

Prof. Ganiyusufoglu contributes to industrial development of QIAP by establishing fruitful relations to renowned international Science and Engineer Technology research institutes and innovative companies, especially from Germany. Meanwhile, he devoted himself to forward his extensive global experience to young generation in Chinese industries and universities. 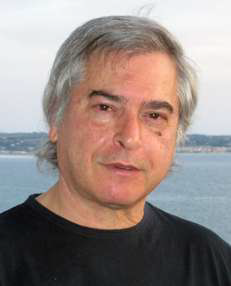 Abstract: Some basic concepts and standard methods that have been used to build recent theories on advanced materials, are revisited by incorporating in the original formulations higher-order gradients, stochasticity and fractal/fractional considerations. Some representative examples are analyzed to show the potential of these ideas to model new phenomena and interpret experimental observations not described by classical theories.

He has promoted highly interdisciplinary work in mechanics of materials by bringing into the field of solid mechanics ideas from diffusion theory, chemical reactions, and nonlinear physics. He has coined the terms dislocation patterning, material instabilities, gradient plasticity/elasticity, chemo/nanomechanics, and pioneered internal length gradient (ILG) theories in these fields. Currently, he is extending the ILG framework to revisit electromagnetism and Maxwell’s equations, as well as gravitation and Newton’s Law.

He has published over 339 articles and received about 12,778 citations with 55 h-index (Scopus); 11,963 citations with 54 h-index (Web of Science); 19,750 citations with 69 h-index (Google Scholar). He is included in the ISI Web of knowledge list of the world’s most highly cited authors in engineering. 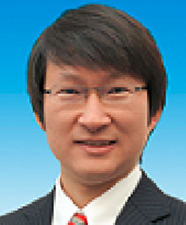 He has been engaged in the research of design theory and mechanical mechanism of advanced lightweight composite structures, and has published more than 90 research papers in international academic journals, including Journal of the Mechanics and Physics of Solids, Advanced Materials, Acta Materialia, Composites Science and Technology, etc. He has granted more than 10 national invention patents and published one academic monograph. He was selected for Ministry of Education High-level Talent Program “Young Scholar”, Humboldt Research Fellow from AVH and Stanley Ho (SHATF) Teaching Award. He won the 15th Heilongjiang Province Youth Science and Technology Award, first prize and the second prize of Natural Science and Technology in Heilongjiang Province. 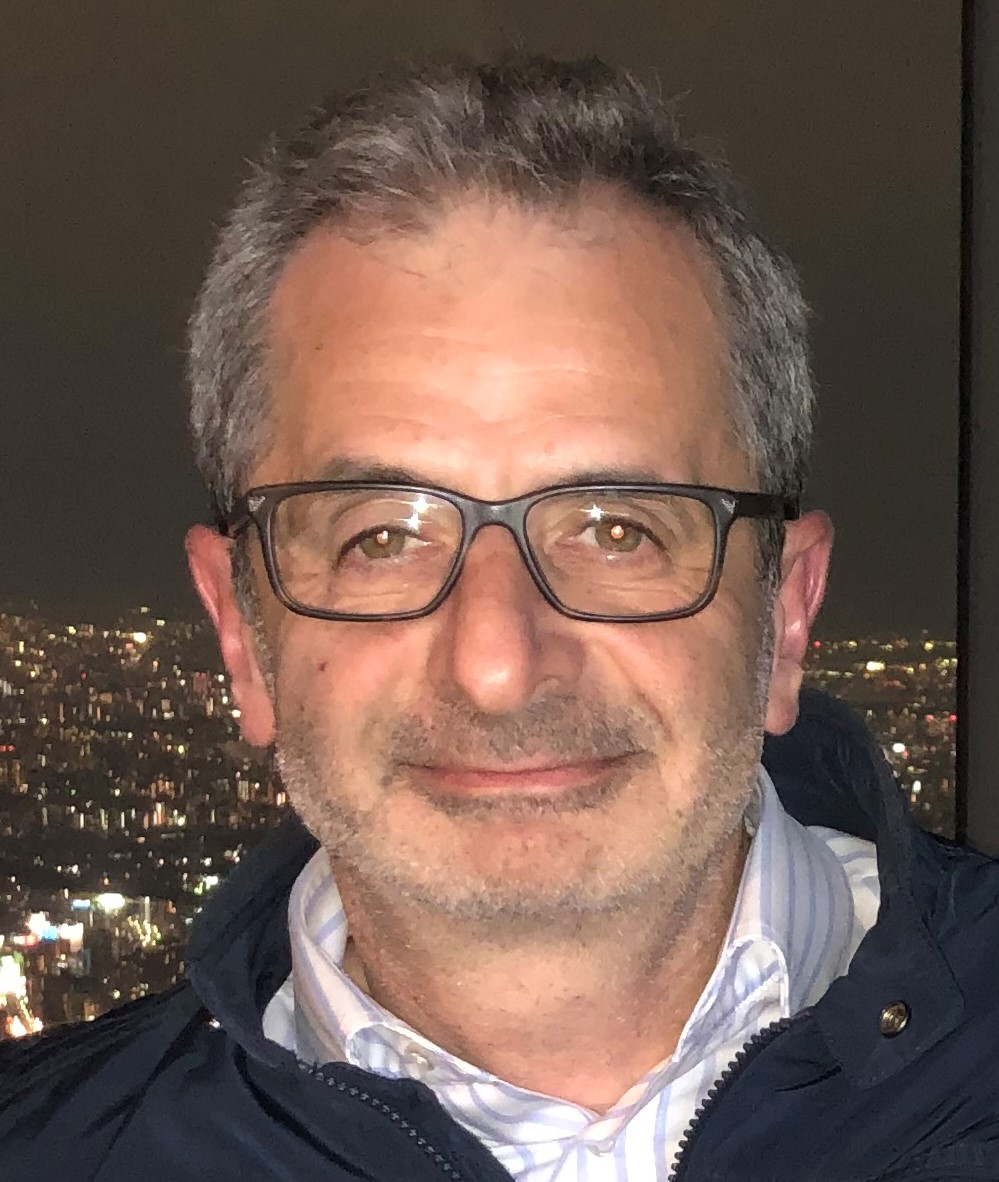 Biography: Prof. Itskov got his Diploma Degree in Automobile Engineering at the Moscow State Automobile and Road Technical University (TU MADI) in 1987. He got his Doctor Degree in Mechanics at this Technical University in 1990. He came to Germany as a fellow of the German Academic Exchange Service (DAAD) in 1995 and worked later as a research assistant at the Ruhr-University of Bochum and then at the University of Bayreuth. In 2002, he got there his Habilitation degree in Mechanics. Since 2004, he is a full professor of continuum mechanics at the faculty of Mechanical Engineering of the RWTH Aachen University. Prof. Itskov is the author of the book “Tensor Algebra and Tensor Analysis for Engineers” whose 5th edition appeared recently and of many publications in international peer-reviewed journals. The research interests of Prof. Itskov are mechanics of soft materials like rubbers, aerogels, hydrogels, soft biological tissues and modelling of anisotropic material under large strains.

More details will be updated soon…