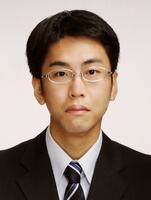 Abstract: In ultrasound-based diagnosis and therapy, the dynamics of a microbubble encapsulated by a lipid shell is one of essential points. Although multiple bubbles are used as ultrasound contrast agents in practical diagnostic scenarios, previous theories have been restricted to the case of single bubble. The purpose of this talk is an extension of the previous theories on single encapsulated bubble to a theory on multiple encapsulate bubbles. The encapsulating shell is assumed as visco-elastic body, and the problem was formulated as solid (shell)-liquid-gas three phases continuum mechanics. Using the singular perturbation method to the set of volumetric averaged equations for gas-liquid two-phase medium and equation of motion of bubble encapsulated by a visco-elastic shell, we derived an weakly nonlinear evolution equation for ultrasound propagation in liquids containing multiple encapsulated microbubbles. As a result, we found that the surface tension and viscosity of shell contribute the nonlinear and dissipation effects of ultrasound.


Biography: Dr. Tetsuya Kanagawa got his Ph.D from Division of Mechanical and Space Engineering, Hokkaido University, Japan. From 2010 to 2014, he acted as Research Fellowship for Young Scientists of the Japan Society for the Promotion of Science (JSPS). In 2014, he moved to Department of Engineering Mechanics and Energy, University of Tsukuba, Japan. Currently he acted as Principal Investigator of Laboratory of Theoretical Multiphase Flows and Nonlinear Acoustics; his supervised students received 48 awards from 2018 to 2022. He published 23 papers as corresponding author; 3 papers were selected as a journal best. He held 16 grants as PI; 6 projects of KAKENHI from JSPS and 1 project from New Energy and Industrial Technology Development Organization (NEDO). He received Medal for Outstanding Paper as first/corresponding author in 2012 from JSME (Japan Society of Mechanical Engineers), Young Engineers Award in 2019 from JSME, Research Award for Young Researchers in 2020 from JSMF (Japanese Society for Multiphase Flow), Awaya Kiyoshi Science Promotion Award in 2021 from ASJ (Acoustical Society of Japan), and Komiya Award in 2022 from Turbomachinery Society of Japan. Based on these achievements, in 2022, he received the Young Scientists' Award, the Commendation for Science and Technology by the Minister of Education, Culture, Sports, Science and Technology. His research interests are bubble dynamics, nonlinear acoustics, biomedical ultrasound, multiphase fluid dynamics, mathematical physics, and theoretical applied mechanics.


More details will be updated soon…